Stop the no. 1 elephant killer!

They are big and beautiful, extremely intelligent and socially aware. They are quick learners, care for their young as well as those of others, and are playful with a sense of humour. They’re even capable of using tools! The perfect animal, you might say!

...unless we do something right now, these wonderful animals might not be around for much longer.

Why? Because elephants are threatened by a terrible disease, the so-called ‘Elephant Endotheliotropic Herpes Virus’ (EEHV). It is the most common cause of death among elephants between one and eight years old. Victims of EEHV are almost certain to die within 24 hours of the onset of symptoms of the disease. Due the lack of a vaccine, effective treatment and diagnostics that are both reliable and fast, help almost always arrives too late…

We’re determined to do something about this!

The researchers at the Faculty of Veterinary Medicine, Utrecht University, want to stop this nightmare of a disease. They want to develop a vaccine effective treatment and better diagnostics in order to make sure that young elephants have a future.

So what is the problem?

Asian elephants (Elephas maximus) is considered an endangered species by the Convention on International Trade in Endangered Species of Wild Fauna and Flora (CITES, http://www.iucnredlist.org/details/7140/0). The  wild Asian elephant population  is continuously being reduced due to poaching and habitat destruction. EEHV is a herpes virus unique for elephants. It may cause acute, often fatal, hemorrhagic disease (EEHV hemorrhagic disease [EEHV-HD]) in young Asian elephants (Elephas maximus), most commonly between 1 and 8 years of age. Affected elephants may peracutely die of the hemorrhagic syndrome caused by EEHV, often within 24 hours of showing initial clinical signs of illness.

No treatment and no vaccin

A vaccine or effective antiviral treatment is not available. For zoo veterinarians, this disease may be one of the most challenging and daunting aspects of caring for a breeding elephant herd. Based on May 2017 population numbers, EEHV-HD was the cause of 53% of deaths in all Asian elephants born in North America since 1980, making it the single greatest cause of death in this cohort. In Europe, 43 out of more than 200 Asian elephants born since 1995,diedof which 60%  (26) due to EEHV-HD.In fact,  the largest cause of death in Asian elephants in the last decades.similar to the situation in the USA .

Much remains to be learned about the impact of EEHV on the estimated 15,000 captive Asian elephants and greater than 40,000 wild elephants across Asia. During the First and Second Asian EEHV Strategy Meetings in 2015 and 2016, more than 80 cases of EEHV-HD were identified in captive Asian elephants in  Asian elephant range countries (Thailand, India, Cambodia, Indonesia, Myanmar, Nepal, Sabah, Borneo, Laos, and Peninsular Malaysia), with less than 5 elephants surviving EEHV-HD. Research in these countries have demonstrated that EEHV is also a serious concern in wild elephants: more than 120 fatal EEHV-HD cases in wild Asian elephants have been recorded since 2003, based on gross necropsy reports and PCR. Wildlife veterinarians in some countries suspect much higher losses due to EEHV but are limited in their ability to confirm cases due to lack of diagnostic assays and laboratories. EEHV has caused disease in African elephants as well, and more research is needed to better understand the epidemiology in this species. The impact of EEHV on African elephants, both on free-ranging and domesticated  populations remains largely unknown.

Healthy Asian and African elephants have been shown to shed one or multiple types of EEHV as part of a natural infection cycle. Based on current research, all adult elephants appear to carry and shed one or more EEHV strains and/ or species intermittently and asymptomatically.

What do we want to do?

That's why the research team hopes to do the following:

How you can help

We need to develop fast and relaiable diagnostics, effective treatment options and, ultimately, a vaccin to fight EEHV-HD.

In order to do this, your support makes all the difference.

Please help us to find a vaccine against EEHV! 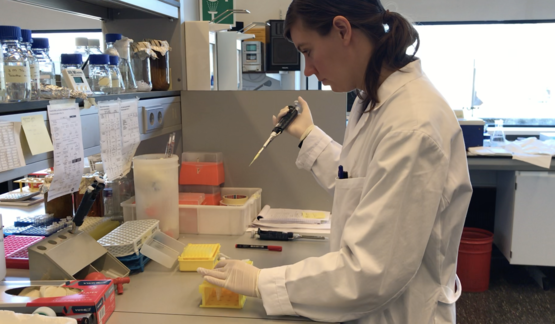 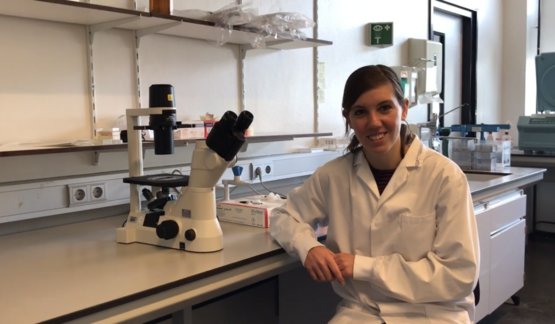 I want to choose my own amount

About Friends of VetMed

We want our animals to be healthy today – and to stay healthy tomorrow. That’s why we support scientific research, and innovative approaches towards (veterinary) patient care that protect and improve animal health and welfare. Let's make a difference. Let's get all our ducks in a row!

Copy the code below to embed the widget on your website.

Unfortunately, no results were found